SECAUCUS, N.J., Sept. 9, 2019 /PRNewswire/ -- Vitamin Shoppe, Inc. (NYSE: VSI) (the "Company" or "The Vitamin Shoppe") today announced that the "go-shop" period provided for under the terms of the previously announced merger agreement (the "Merger Agreement") by and among the Company, Liberty Tax, Inc. ("Liberty Tax") and Valor Acquisition, LLC ("Merger Sub") expired at 12:01 a.m. New York City time on September 6, 2019.  The Company also announced that it has received an acquisition proposal to acquire the Company (the "Acquisition Proposal") from a third party (the "Bidder") during the go-shop period. 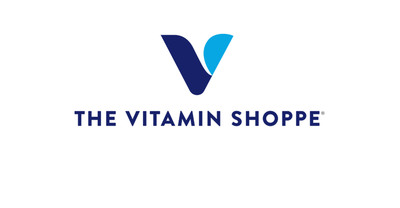 At this time, the Company has not determined whether the Acquisition Proposal (which remains subject to several conditions, including the completion of due diligence and the negotiation of a definitive transaction agreement) constitutes a Superior Proposal under the Merger Agreement.  Accordingly, there can be no assurance that the Acquisition Proposal will ultimately result in a Superior Proposal, and discussions and negotiations with the Bidder could terminate at any time.

Kirkland & Ellis LLP is acting as legal counsel to The Vitamin Shoppe and BofA Merrill Lynch is acting as its financial advisor.

The Vitamin Shoppe® is an omni-channel specialty retailer and wellness lifestyle Company with the mission of providing customers with the most trusted products, guidance, and services to help them become their best selves, however they define it. Based in Secaucus, New Jersey, the Company offers a comprehensive assortment of nutritional solutions, including vitamins, minerals, specialty supplements, herbs, sports nutrition, homeopathic remedies, green living products, and natural beauty aids. In addition to carrying products from approximately 700 national brands, The Vitamin Shoppe offers products from its proprietary brands within its owned and wholesale channels, including: The Vitamin Shoppe®, BodyTech®, BodyTech Elite®, True Athlete®, plnt® and ProBioCare®. The Company conducts business through more than 750 company-operated retail stores under The Vitamin Shoppe and Super Supplements banners, and via its website, www.vitaminshoppe.com.

This press release contains "forward-looking" statements within the meaning of Section 27A of the Securities Act of 1933, as amended, and Section 21E of the Securities Exchange Act of 1934, as amended, including, without limitation, those that contain, or are identified by, words such as "outlook", "guidance", "believes", "expects", "potential", "continues", "may", "will", "should", "predicts", "intends", "plans", "estimates", "anticipates", "could" or the negative version of these words or other comparable words. Forward-looking statements may include, but are not limited to, statements relating to any proposed transaction with Liberty Tax or the Bidder (the "proposed transaction"). These statements are subject to various risks and uncertainties, many of which are outside the Company's control, including, among others, the risk that the proposed transaction may not be completed in a timely manner or at all, which may adversely affect the Company's business and the price of the Company's common stock; risks related to the occurrence of any event, change or other circumstance that could give rise to the termination of the Merger Agreement or any agreement that may be entered into with the Bidder; the failure to obtain the requisite stockholder approval of the proposed transaction or required regulatory approvals or the failure to satisfy any of the other conditions to the completion of the proposed transaction; the effect of the announcement or pendency of the proposed transaction on the ability of the Company to retain and hire key personnel and maintain relationships with its customers, suppliers, partners and others with whom it does business, or on its operating results and business generally; risks associated with the diversion of management's attention from ongoing business operations due to the proposed transaction; legal proceedings related to the proposed transaction; uncertainties as to Liberty Tax's ability to obtain financing in order to consummate the proposed transaction; and costs, charges or expenses resulting from the proposed transaction. Actual results may differ materially from anticipated results or outcomes discussed in any forward-looking statement. Additional factors that could cause actual results to differ materially from forward-looking statements include the strength of the economy; changes in the overall level of consumer spending; the performance of the Company's products within the prevailing retail environment; implementation of our strategy; compliance with regulations, certifications and best practices with respect to the development, manufacture, sale and marketing of the Company's products; management changes; maintaining appropriate levels of inventory; changes in tax policy; ecommerce relationships; disruptions of manufacturing, warehouse or distribution facilities or information systems; regulatory environment and other specific factors discussed herein and in other United States Securities and Exchange Commission ("SEC") filings by the Company (including the Company's reports on Forms 10-K and 10-Q filed with the SEC). The Company believes that all forward-looking statements are based on reasonable assumptions when made; however, the Company cautions that it is impossible to predict actual results or outcomes or the effects of risks, uncertainties or other factors on anticipated results or outcomes with certainty and that, accordingly, one should not place undue reliance on these statements. Forward-looking statements speak only as of the date when made and the Company undertakes no obligation to update these statements in light of subsequent events or developments.

Additional Information and Where to Find It

In connection with the proposed transaction, The Vitamin Shoppe intends to file with the SEC a proxy statement and other relevant documents. This communication does not constitute an offer to sell or the solicitation of an offer to buy any securities or a solicitation of any vote or approval, and is not a substitute for the proxy statement or any other document that The Vitamin Shoppe may file with the SEC or send to its stockholders in connection with the proposed transaction. BEFORE MAKING ANY VOTING DECISION, THE VITAMIN SHOPPE STOCKHOLDERS ARE URGED TO READ THE PROXY STATEMENT (INCLUDING ANY AMENDMENTS OR SUPPLEMENTS THERETO) CAREFULLY AND IN ITS ENTIRETY, AS WELL AS ANY OTHER RELEVANT DOCUMENTS FILED WITH THE SEC IN CONNECTION WITH THE PROPOSED TRANSACTION OR INCORPORATED BY REFERENCE THEREIN, WHEN THEY BECOME AVAILABLE BECAUSE THEY WILL CONTAIN IMPORTANT INFORMATION ABOUT THE PROPOSED TRANSACTION AND THE PARTIES TO THE PROPOSED TRANSACTION. Investors and security holders will be able to obtain a copy of the proxy statement and other documents filed by The Vitamin Shoppe with the SEC (when available) free of charge at the SEC's website, http://www.sec.gov, and The Vitamin Shoppe's website, http://investors.vitaminshoppe.com.

The Vitamin Shoppe and its directors and certain executive officers and employees may be deemed to be participants in the solicitation of proxies from the holders of common stock of The Vitamin Shoppe in respect of the proposed transaction. Information about the directors and executive officers of The Vitamin Shoppe is set forth in its Annual Report on Form 10-K for the year ended December 29, 2018, filed with the SEC on February 26, 2018 and proxy statement for its 2019 annual meeting of stockholders, filed with the SEC on April 25, 2019. Additional information regarding potential participants in the proxy solicitation and a description of their direct and indirect interests, by security holdings or otherwise, will be contained in the proxy statement and other relevant documents to be filed by The Vitamin Shoppe with the SEC in respect of the proposed transaction when they become available.

How to get FREE Standard Shipping:

When you make a purchase at our website, you are automatically enrolled in our loyalty program, which earns you points towards free merchandise. The more you purchase over time, the more free products you earn. Last year, customers like you earned over $29,000,000 in free merchandise credits, which can be used to purchase anything we sell.

Deleting your default Credit Card will prevent Auto Delivery orders from shipping to you.

How to stop a subscription:

We're sorry,we were not able to complete your request,please try again
FREE STANDARD SHIPPING on orders of $25 or more

How to get FREE Standard Shipping:

Rely on the
Vitamin Shoppe® 100% Satisfaction Guarantee
You may return any item purchased from the Vitamin Shoppe for any reason within thirty (30) days of purchase. For online and catalog orders, the product ship date is the date of purchase. Refunds for unopened items will be issued via your original form of payment with one exception. Online orders paid for with PayPal and returned to a Vitamin Shoppe retail store will be refunded via merchandise credit.
Choose a Pick Up Store

You have selected 3 items.

You've chosen the maximum number (3) of items to compare at one time. Compare these three items, or remove them and add new ones.